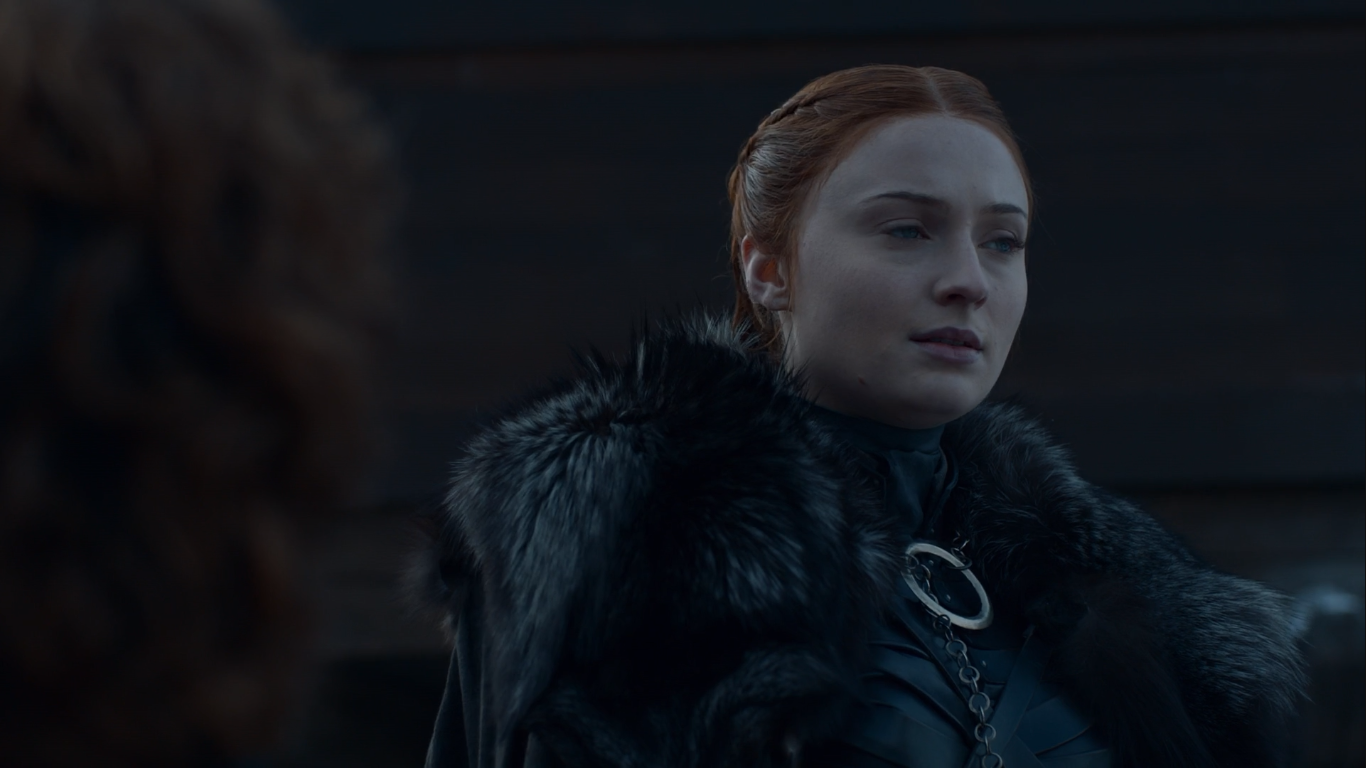 If you haven’t already, be sure to read last week’s review of Game of Thrones Season 8 Episode 3 here.

I’m actually really pissed that Missandei died. At first, I was mildly upset. Then I went online, and it was pointed out that she died in chains. Like a slave. Her death has been irking me since. To the point that I am laughing at Ghost memes and wondering what I am doing with my life on a Sunday before midnight.

So, let’s begin this Game of Thrones season 8 episode 4 review, shall we?

I enjoyed the callback to the original plot sporadically sprinkled in this episode. Character motives were back and understandable; drinking games were played in a way that furthered the plot and lead insight unto unsaid words. Jaime and Brienne felt realistic until the clunky writing got in the way. You could see George RR Martin’s original outline shining through, only for Dan & Dave to squeeze the life out of it in an attempt to be edgy.

Jaime and Brienne built the foundation for a friendship in Season 2. Season 3 is where the relationship grew in the bathhouse, the two forming this strange bond through vulnerability while opening up and allowing each other to be seen the way they truly wished. It was a fantasy – yes – but the relationship had substance. Jaime had lingering, dormant feelings for the knight – and acted on them before Tormund Giantsbane even had a chance. As Tormund is crying in his cups, two knights of the Seven Kingdoms consummate their relationship.

Brienne’s mannerisms leading up to the encounter did not feel out of place, nor did Jaime’s awkward attempts at seduction. That is how their interactions had always been – Jaime wanting something and Brienne keeps her distance until she figures out what exactly he desires. Then Jaime’s twincest instinct began tingling after Sansa Stark’s news and Brienne decides to come out in her bathrobe in the middle of winter in the Winterfell courtyard to beg and plead through tears for him to not leave?

That’s not Ser Brienne of Tarth. That has never been her; that was the writers failing to progress her character after a heartache. Sure, she cried when Renly died and she accused of his murder – but Brienne grew stronger. I would think Brienne would hit the kingslayer before acting like a scorned wife whose husband has been out past 3 am and came home drunk yet again for the third time when she made pot roast that is growing cold over the hearth.

Seriously, what the hell was that?

I also thought Jaime had…I don’t know…turned over a new leaf? He seemed intent on staying in Winterfell with Brienne and leaving Cersei to her fate – despite knowing how much The North (and pretty much everyone else to be honest) hated him. When Tyrion asks “how it was” he tells his brother to stop before Bronn bursts down the door to remind us he still has a plotline.

I read theories on Jaime is going back to King’s Landing to kill Cersei, but I highly doubt that. His speech was one of remorse that he could not change who he was, not that he decided to end their codependency.

I think I realized what is wrong with Tyrion these past seasons – he gave up his old character traits. Whoring, drinking, thinking…those are all gone, although the drinking is slowly making a comeback. He’s back in Westeros now, if Cersei dies he can grow a vineyard to make his wine, Imp’s Delight, while overlooking the veranda and admiring what an absolute shit city KL really is.

Before I get to Dany, I can’t miss the opportunity to rip one on Jon Snow.

I don’t even know where to begin, but the Godswood is a good place. Jon Snow, (former) King in da Norf, (former) Commander of the Nights Watch, (former) Intelligent, and likeable character couldn’t even tell his sisters the truth of his parentage himself? And then when he makes emotionless Bran do it, it fades to black? Really? I wanted to see the reveal, not the aftermath where I can only speculate what was said and why the characters are reacting as they are.

Then as the final slap in the face, he abandons Ghost and tells Tormund to take him beyond the wall? Ghost, who had been with him since the beginning, before he made friends in the Nights Watch. Before he was a king, a commander, a “war hero”. And for what, his cool new pet dragon Rhaegal who proceeded to die like literally an hour later?

I understand the symbolism of Jon letting go of his Stark heritage, but the proud symbol of his Targaryen heritage just sunk 50 ft below the ocean so…what is he going to do about that? What does this foreshadow?

An additional gripe I have with the writing is the purposeful dumbing down of Daenerys Targaryen in an effort to prolong and pad out the series’ story. Why on earth did Daenerys not scout ahead on her dragons? In the after show segment, one of the showrunners said she “forgot about the Greyjoy fleet” – I’m sorry, what? How did she forget she was at war? Before leaving Winterfell, despite Sansa Stark’s best efforts to talk some sense into her and their depleted troops, she wanted to leave and destroy her enemies.

How did you forget about your enemies on the way to destroy your enemies? Did you think the castle would be empty again just because you remembered Storm’s End was empty and needed a Baratheon? Which was hilarious seeing Jaime’s face while realizing the Gold Cloaks didn’t get them all.

Also how do they conveniently have half of their armies left? The Dothraki all charged and their lights went out – how are half of the armorless screamers still alive? The Vale army is still alive? All Twenty Goodmen of The Unsullied that accompanied Daenerys to KL do not equate to half of their original forces. I know some got destroyed by Euron’s fleet (again), but they only had like five boats to begin with and even then – hadn’t Yara’s fleet been destroyed? Whose ships were they riding on?

While I’m on the subject of the Baratheon’s, very quickly I want to mention it was no surprise Arya Stark didn’t want to be a lady and settle down in a big castle. That isn’t her. She’s wild now, like her wolf Nymeria. I love that her and The Hound are setting off again, although I’m wondering if she plans on dying in King’s Landing, or staying by Jon’s side in whatever off-screen plan the Stark siblings cooked up that will be lazily revealed in coming episodes.

I love the set up for Varys’ death predicted by Melisandre, and the simple fact that he was finally doing something. I have no clue how he knew Missandei had been taken, as the little bird network of spies has been long forgotten by the show. In a similar fashion, I wonder if Euron is putting two and two together and realizing Cersei was pregnant before he came along. Then again, Euron isn’t too bright and plot doesn’t seem to matter. I thought it was implied Cersei miscarried, but I guess that is retconned because you know…plot convenience.

All in all, the core plot GRRM outlined tried its best to shine through, but Dan & Dave extinguished every single ember they could find with a grossly fierce aggression. This episode could have been great, but failed at each turn. It doesn’t help that the season’s ending has leaked and apparently it is a complete waste. I won’t look up the spoilers, as I’ve already paid for this HBO subscription and I am determined to get my money’s worth.

Missandei was right, burn them all. Dany’s father the Mad King would have approved.

Sigh, it has to be better than this next week – right? Right? Am I the only one who could see the sweat on Dan and Dave trying to explain their narrative choices after the credits in the documentary segment?

Would Tormund have left Brienne cold, alone, and in a bathrobe in Winterfell’s courtyard? Was Sansa Stark right, yet again?

Leave your thoughts in the comment section below, I’d love to hear from you! Also be sure to bookmark this page and come back next Sunday for another Game of Thrones Season 8 Episode recap and review!