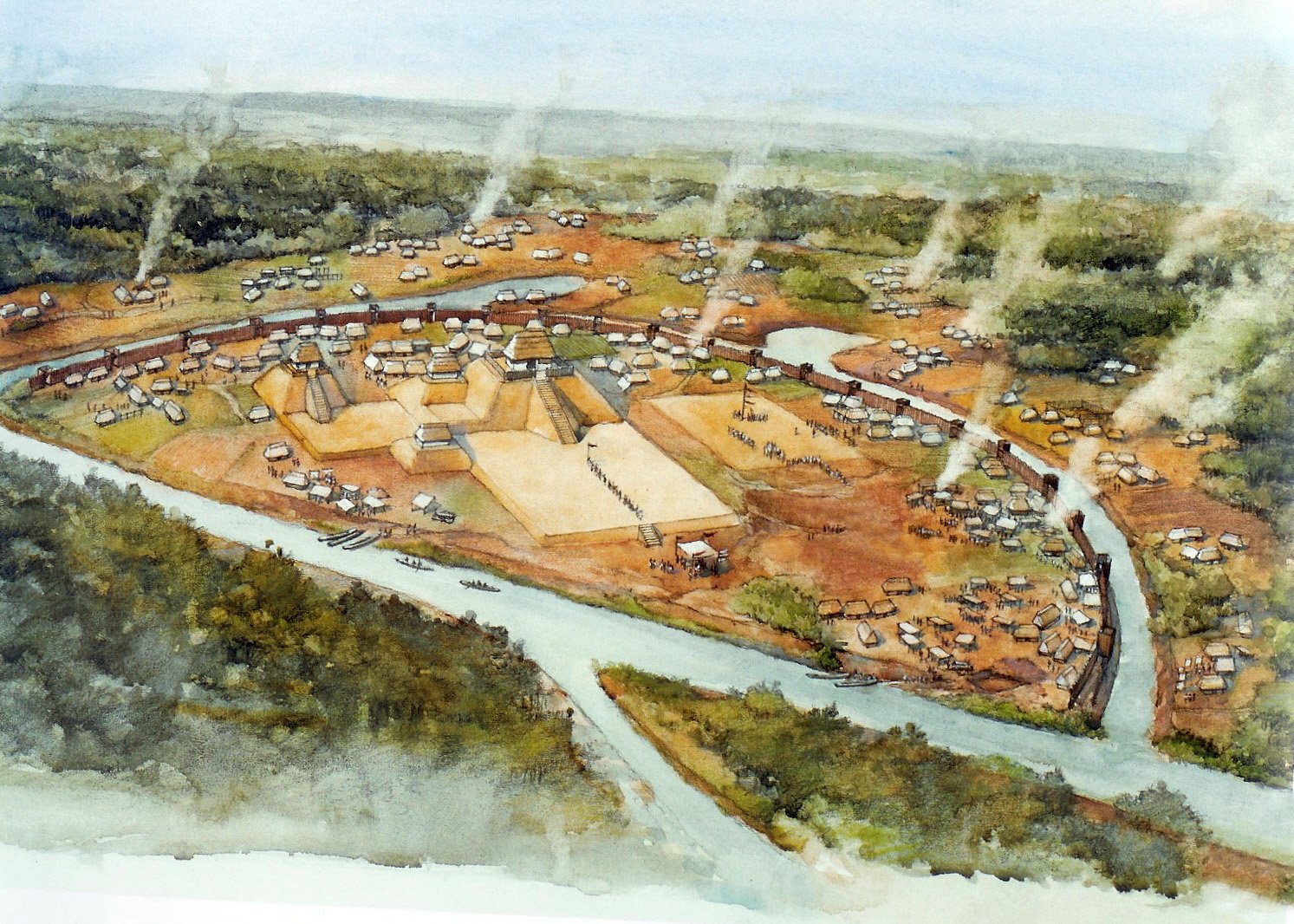 The Lost City of Cahokia – A Short Story by Shannon Sweeting

The lost city of Cahokia. Founded around 800 AD, although scholars theorize its inception between 1050 AD – 1350 AD. European ‘discovery’ sometime around the 16th century. The whispered histories tell of a sprawling civilization that akin to Easter Island ended in abandonment. The area was prone to natural disasters and flooding. In the 100 years between 1175 AD and 1275 AD it was rebuilt five times. That last time, the inhabitants found something that would change their understanding of the world forever.

Agricultural farmers attempted to grow crops resistant to damage by the flooding. Each time, the seasons shot these practices down until finally a priest was called upon. It was not a priest in the way we are accustomed, but for all intents and purposes this is the best way I can explain this to you given our current subconscious vernacular connotations.

The priest told the residents that he had communed with the gods. The spirits that slumbered deep within the great red earth. Deities took offense to the upturning of sacred land, and offered great wonders in exchange for wives. Historical reports note massive burial mounds of young woman, killed without weapons. They were usually strangled to death or starved of life’s sustenance.

Citizens who opposed the culling were dragged down along with the maidens.

In total, 289 young women were sent to slaughter. A sore 53 men followed, and two young children for good measure. The young children could not bear to be alone in this world from their parents, and the priest told the clubbers the gods would take pity on them. Rumor has it they never did.

For the gods were fickle, but truthful in their words.

Twenty-six days later, the blood of those sacrificed began to fall from the sky in rain droplets. Some took this as a sign that the gods were not satisfied. Others embraced it as a sign of divine intervention. A loud whirring noise could be heard throughout Cahokia’s eleven districts. Residents flocked to the town center, where the priest now stood – white furs turned a crimson red.

When he spoke, multiple voices arose from within his chest. Ancient, booming tongues of the gods that came before. It was as if the earth has gained the sentience residents always knew it had.

A language that had previously only been spoken through the rustled branches of laughing trees.

“A new day has dawned. We will step inside the Earth, and never return to this wretched place.”

A portal of gold lifted from the square, glinting in the clearing barrage of life essence. Milky static beckoned toward the residents. In a trance, one by one…they disappeared.

Leaving the city completely abandoned, no resident was ever seen again. This story has been passed down from one surviving member of a clan who resisted going into the earth and was slaughtered. She hid, and her descendant’s pass on her words to this day.

Stories From The New World