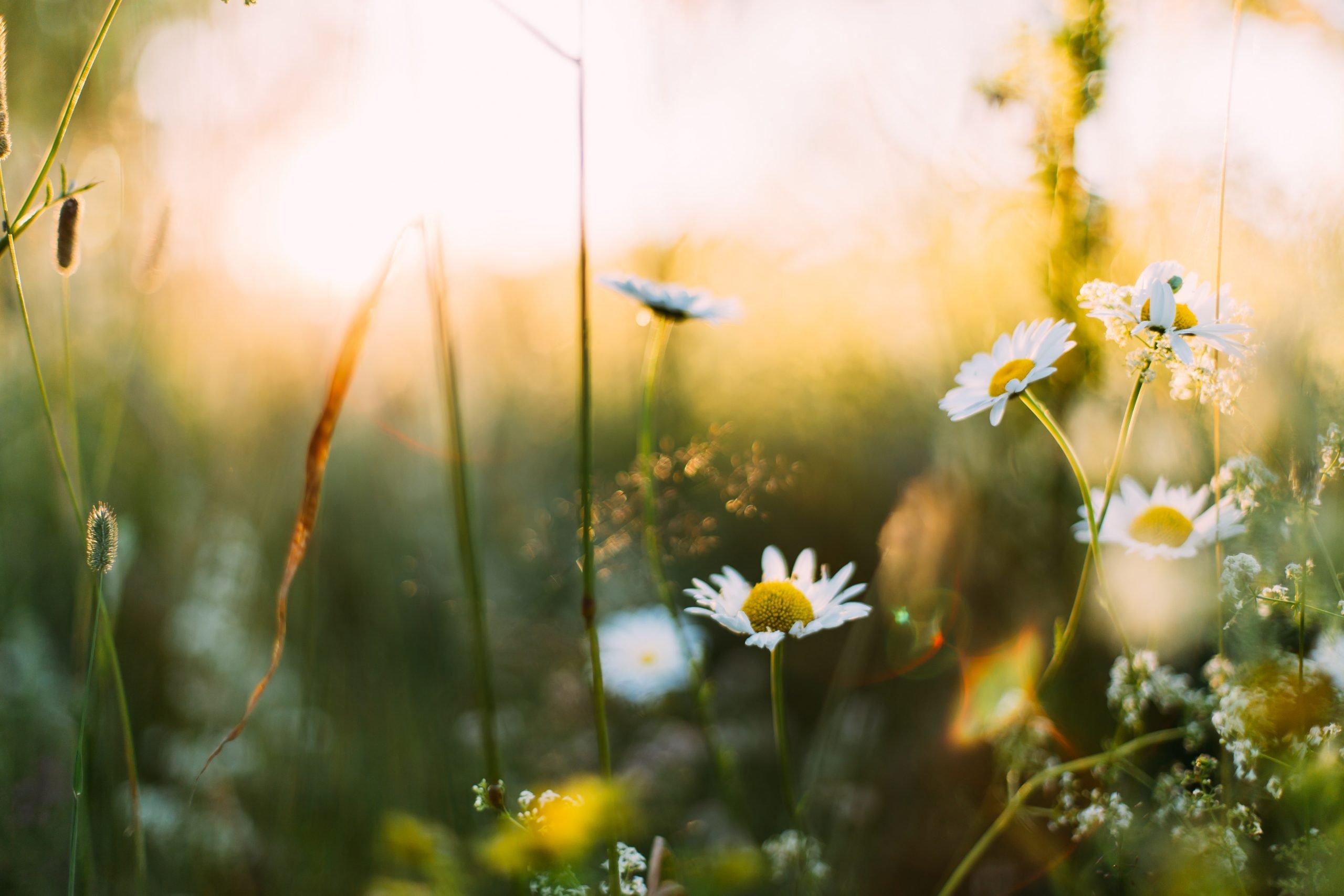 Is the Spring Equinox the start of Spring? Or in reality, the actual New Year?

Is that why April 1st is April Fool’s day? Because spring is in April, Fool?

Is the New Year really when all of the trees, flowers, and grasses are alive on the earth? Or is it when it’s dead, frozen over and too unbearably cold to be outside?

Growing up, it was always kind of weird to me.

The notion that in the dead of winter we were all celebrating the bounty that the spring really brings. Watching the Dick Clark’s New Year’s Rockin’ Eve festivities and drinking wine, I wondered but then let it go. I mean, every other country was welcoming in another passage of time, so they all couldn’t be wrong – right?

Lately, I’ve been realizing that our entire world is backwards. I mean to a certain extent I always knew, but never realized just how deeply it entrenched. Our chronology is wonky, where certain historical events we all learned about growing up that were eras apart were really happening simultaneously. Our calendars are wonky, as well.

500 years were added here and there, the months were changed from 13 each year to 12 with varying days. Even our directions are off.

I never knew before beginning this research journey and following, listening, and studying the trails of other researchers just how much of a mess our world truly is. Or rather, what it’s become.

I haven’t been able to start writing about the things I wanted to, but I am now going to try. It may seem disjointed at first, but I will keep going until it begins to make sense. I just hope you will all bear with me as I set the foundations for my arguments across the weeks, months, and even years if we have the time.

There are calendars of antiquity that hold more merit, but for now let’s discuss the Julian and Gregorian calendars. One day I would like to touch upon the Mayan, Incan and Aztec knowledge of the stars and astrology-based calendars, but for now…the basics. We’re going to primarily use the Encyclopedia Britannica for this article.

Are there more sources? Sure. For now, let’s focus on discussing this one.

According to the Encyclopedia Britannica online, the Julian calendar (or Old Style Calendar) was created by none other than Julius Caesar as “a reform of the Roman republican calendar”.

With influences from the Egyptian* solar calendar, it set the solar year as 365 ¼ days. It also divided its span into 12 months, having 30 or 31 days for each with the exception of February, which had 28. This calendar also employed the leap year after the passing of four measured years.

Sounds similar to what we have now, right?

The New Style Calendar, or Gregorian calendar is currently in use today. According to EB, it “was proclaimed in 1582 by Pope Gregory XIII as a reform of the Julian calendar.”

But…what actually needed to be reformed from this? Based on the earlier description, does the Julian system not sound similar to what is in use today?

The article goes on to detail the slightest change in the length of a year, which also caused the restoration of the vernal equinox. The date was changed from March 11th to March 21st, as it had been recognized centuries earlier.

“The change was effected by advancing the calendar 10 days after Oct. 4, 1582, the day following being reckoned as October 15th .”

As you may already know, the vernal equinox is another name for the spring equinox, which ushers in the first day of spring.

If the spring equinox is indeed the first day of the New Year, why on earth was it omitted from the Julian Calendar?

The vernal equinox, where the cycle of day and night are of equal length.

So if the earth is comprised solely of the Northern and Southern hemisphere, why have some countries adapted this calendar, forging their ancient ones to celebrate on this day in particular? Is this due to ancient deity worship?

Apparently during the rule of a Roman king named Numa Pompilius, “Numa revised the Roman republican calendar so that January replaced March as the first month.” This decision was done to honor Janus, a Roman god thought to encompass new beginnings. March was dedicated to Mars, the god of war.

Heading over to etymology online, we can learn that Janus was believed to be “the ancient Roman god who guarded portals, doors, and gates; patron of beginnings and endings. He had two faces, facing opposite ways.” The word ‘janitor’ is also influenced by this, coming from the Latin ianua meaning a “door, entrance” or gate.

This also influences the titled month of January, from “Ianuarius (mensis)” or, “(the month) of Janus”. The month where a new year is celebrated, where people fill themselves on spirits, meats, cheeses and party.

It’s like a duality. Of celebrating a new beginning when really the last one is still ending. A two-headed god that creates portals, entrances, gates, doors…

I have to wonder, what is this all for? Even in ignorance, would this be considered worship in the name of this ancient Roman deity? If so, why?

In the evidence of other countries simply having months named by numbers (ex: Japan, China), why are all of our months chiefly governed by deities from an empire dissolved into antiquity?

Another website mentions that our NYE celebration “stems from an ancient Roman custom, the feast of the Roman god Janus – god of doorways and beginnings.”

So filling in the gaps, not only was this month created and named in his honor, but is a festival that has been covertly changed to welcome in a New Year in the middle of winter.

Does this not bother anyone else?

The article goes on to say that many ancient civilizations recognized the New Year during the vernal equinox, which usually fell around March 20th. Around the 1600s, however, a “movement” began to restore Janus’ festival as the celebration of the coming year. Thus it became engrained in the Gregorian style calendar.

Who was central behind this movement? Had Rome not already fallen during this time, allegedly? Or, is the chronology off. I mean, why else would an ‘ancient’ festival need to be restored from a long-dead empire?

With this in mind, let’s take a look at what some of the months are supposedly named after in the English language. (utilizing etymology online and Britannica)

February –Februarius mensis, or a “month of purification”. The root words coming from “the smoking” or “the burning”, “the sense then could be either purification by smoke or a burnt offering.”

This was the last month of the Roman calendar, named for Februalia, the Roman feast of purification. The festival believed to have fallen in the middle, or “ides” of the month.

March – Martius mensis, the Month of Mars, the god of war. This was originally the first month of the Roman calendar before the implemented festival of Janus.

April – April, possibly from ‘aperire’, or the ‘opening’ of buds and regrowth of plant and tree life. Or, based on Apru, the Etruscan loan word for the Greek goddess of love and beauty, Aphrodite. A replacement of the old English Eastermonao, named for the Mesopotamian fertility goddess Ishtar, commonly known and pronounced ‘Easter’.

May – Maius mensis, the Month of Maja, Maia, a Roman goddess of fertility, earth, and wife of Vulcan, god of fire. May Day is celebrated in Europe and the “Queen of Maij” phrase was in use during the 16th century.

June – Iunis mensis, Iun, June, Juin “probably a contraction of Iunonius, sacred to Juno”. It was named after Juno, the Roman goddess of fertility and childbirth.

September – Derived from septem, or the seventh month before the Julian calendar switch. Also referred to as Germanicus, but did not stick.

October – The tenth month, from ‘octo’, or eight.  October mensis. Also referred to as Domitian, but did not stick.

November – Novembris mensis, from novem or ninth month. Blotmonao in Old English, or a Saxon “month of sacrifice” to ready for the winter.

December – The tenth month, December – decem, or ten. The month of the winter solstice.

I should note that for the first time in 124 years, the vernal equinox will fall on Thursday, March 19th around midnight. It’s early.

Are all of these months ancient deity worship? If not, why do their names still exist in our daily consciousness? Who is really pulling the strings here?

Maybe next time I’ll talk about the days of the week, and their influence on names and other obscured deity worship we are enacting every single day unknowingly.

Note: I’m not sure which Egypt is referred to in the above passage. There were at least two in antiquity. One in Northern Africa commonly referred to as “Kemet” and one in America known as ”Tamari” or the extended region around what is now called ‘Texas’.

I’ll go more into this later with sourcing.